Curitiba, Brazil - To what extent has being a sustainable city benefitted Curitiba's local citizens lives? 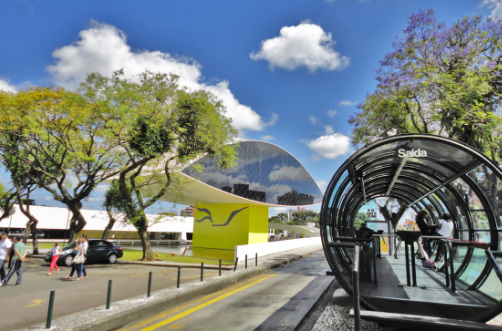 Curitiba, is currently one of the world’s most sustainable cities, with the title of the “greenest city on earth.” It is currently the Capital of Parana, and is located in the northeast side of Brazil. Curitiba has approximately a population of 1.8 million, which has been stably increasing, at 5.3 percent per year, since 1970. According to researches, 99 percent of the citizens actually want to live in Curitiba, and hence we can see Curitiba’s success in liveability.

Right now, it’s GDP is 15.3 billion USD, ranked 4th in the whole of Brazil. In terms of GDP, it had a 7.1 percent growth in the past 30 years, and the income per capita is higher than the Brazilian average by 66 percent. In Brazil, it is not just liveable, but also relatively economically strong and active. In Curitiba, an urban plan began, to urbanise Curitiba, yet still living sustainably. This plan has been implemented in the 1970s, and Curitiba is still improving.

Living in Curitiba gives you a lot of benefits. For example, lots of green spaces, convenient transport, great waste management and much more. Curitiba also provides free education centres, which means that everyone would have the opportunity to go to school. Hence, we see that there is human sustainability in Curitiba, as the future generations are all allowed to have education, hence get a job in the future, and sustain their own lives.

As Curitiba becomes more and more sustainable, we begin to wonder, what is the point of being sustainable? Hence, I have come up with a question, which I will be answering throughout this website;
To what extent has being a sustainable city benefitted Curitiba's local citizens lives?
Powered by